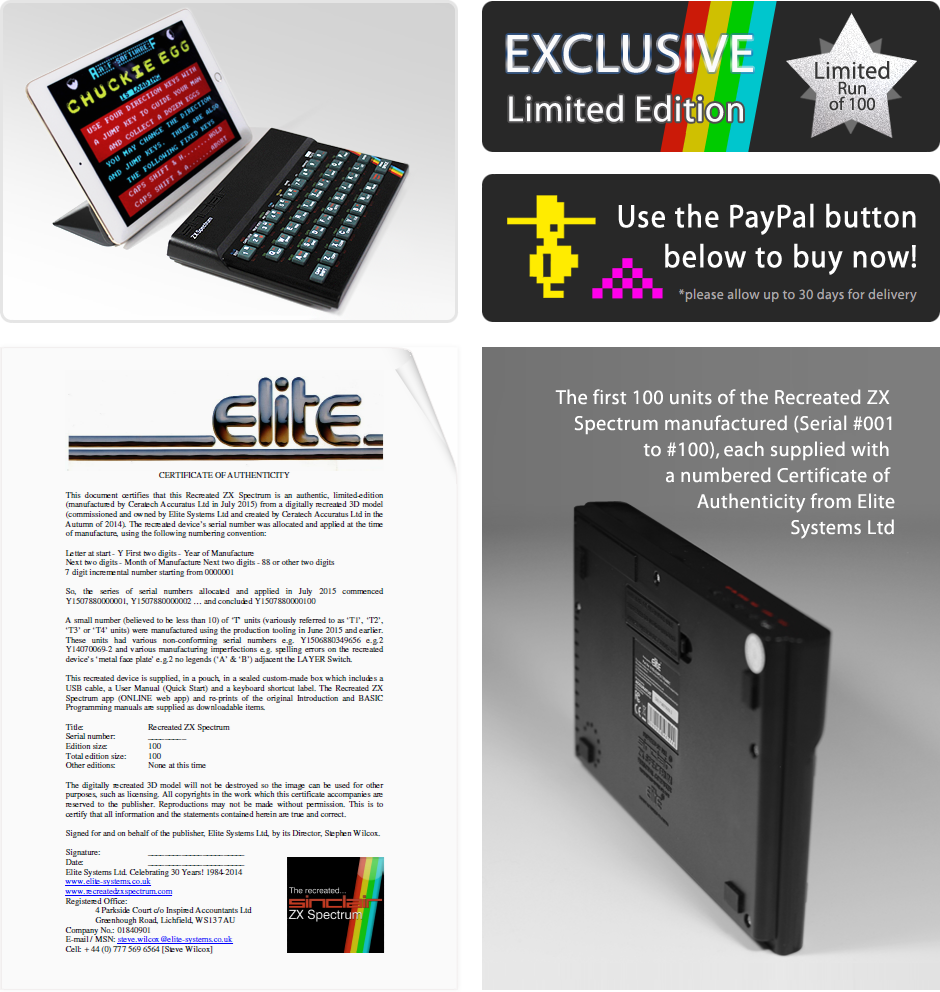 The Recreated ZX Spectrum was in-part financed by a crown-funding campaign in January 2014. To read about that [click here].

To ensure you can have fun or productivity on the go with your Recreated ZX Spectrum, we suggest you consider a couple of accessories when using it with, say, a 10" tablet. The Port Design Venice Bag and a slim line cover / stand, such as the iPad Smart Cover.

Supplied with numbered Certificate of Authenticity.

This is the ONLY working prototype available for sale. It was delivered to Elite Systems Ltd in January, 2015. Whilst this is a hand-made prototype, its look and feel is close to that of the later production units. It differs, from the later production units; it not embossed on the under-side and has only 5 fixings. It was used to test all of the physical and the functional characteristics, prior to production tooling.